You are here: Home / Get Info / Our History 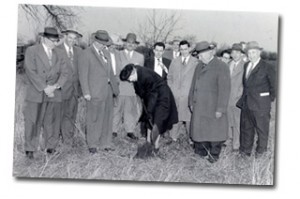 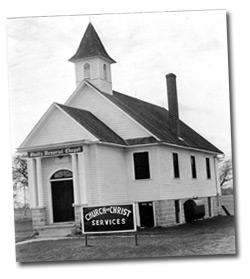 In 1947, Elmer and Deborah Lewis donated 500 acres of farmland in Morgan Township just south of Valparaiso, Indiana, for the purpose of providing Christian care for children in need. After the facility was built and a staff was assembled, the first children were provided care in the spring of 1956. Since that time, over fifteen hundred children have been served at Shults-Lewis.

The 1960s was a period of aggressive building with several of the current residential homes being completed. During that time, the dormitory housing setup was abandoned in favor of more inviting living arrangements. These “homes,” which are still in use today, house up to eight children and a house parent couple with their own children.

Originally, the need for counseling for neglected and abused children was not understood. During the 1970s and 1980s, Shults-Lewis realized that the children in care could not be treated the same as children raised in traditional families and many of the counseling programs were initiated. While the traditional family environment was and is the most crucial element of the Shults-Lewis system of care, professional counseling and education services were also needed.

During the 1980s, Shults-Lewis began providing education services to children in care who needed more specialized attention than what the public school could provide. The Shults-Lewis school is accredited by the state of Indiana and students earn recognized education credits.

In the late 1980s, a crucial decision was made to begin raising funds for a large youth development center that would house the counseling offices and a new school facility, as well as space for indoor recreation.

The dream of a youth development center and an additional home for residents became reality in the 1990s. This provided Shults-Lewis with a permanent home for the school and space to serve more children, allowing the organization to better meet the needs of troubled children and their families. This addition to the facilities also allowed the Shults-Lewis system of care to develop into the residential treatment center that it is today.

The past 50 years have provided Shults-Lewis Child and Family Services with the foundation to springboard into the new Millennium, combined with the eternal hope found in Christ Jesus.

Today Shults-Lewis offers a wide variety of counseling services for kids from age 12-18. While the organization has seen a lot of change over the last 50 years, the mission to serve children in need has been a constant. The organization remains committed to carrying forward the tradition of excellence in Christian child and family care and in showing Christ to troubled teens.

Shults-Lewis invites you to take a look at the programs and services it has to offer.

Responding with God's love to serve and strengthen children and families!

Get In Touch
Scroll to top